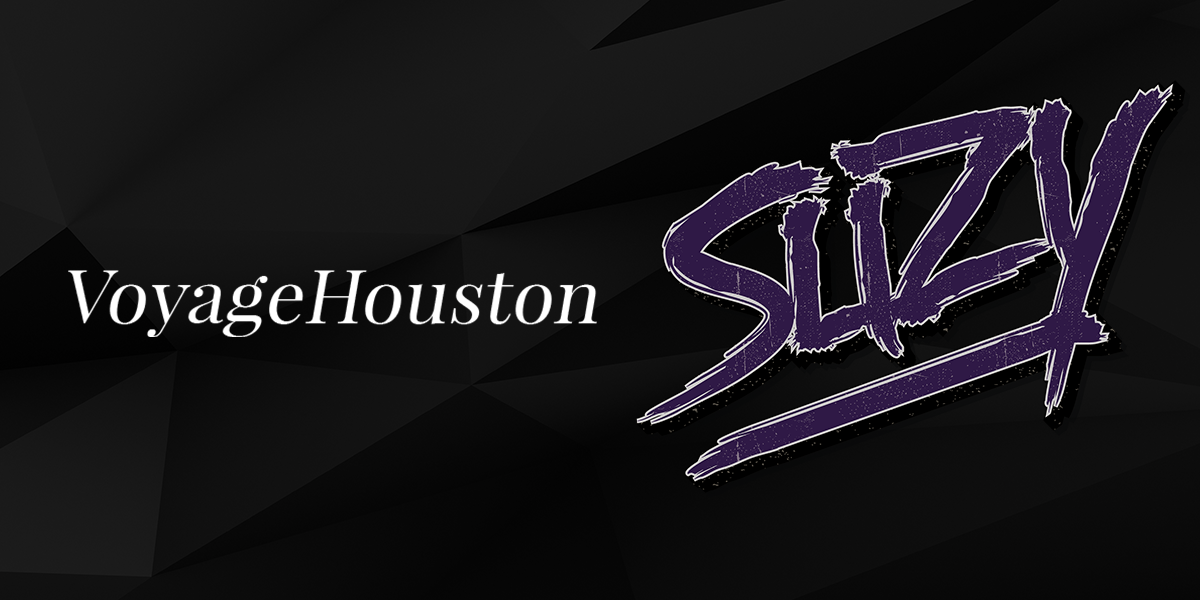 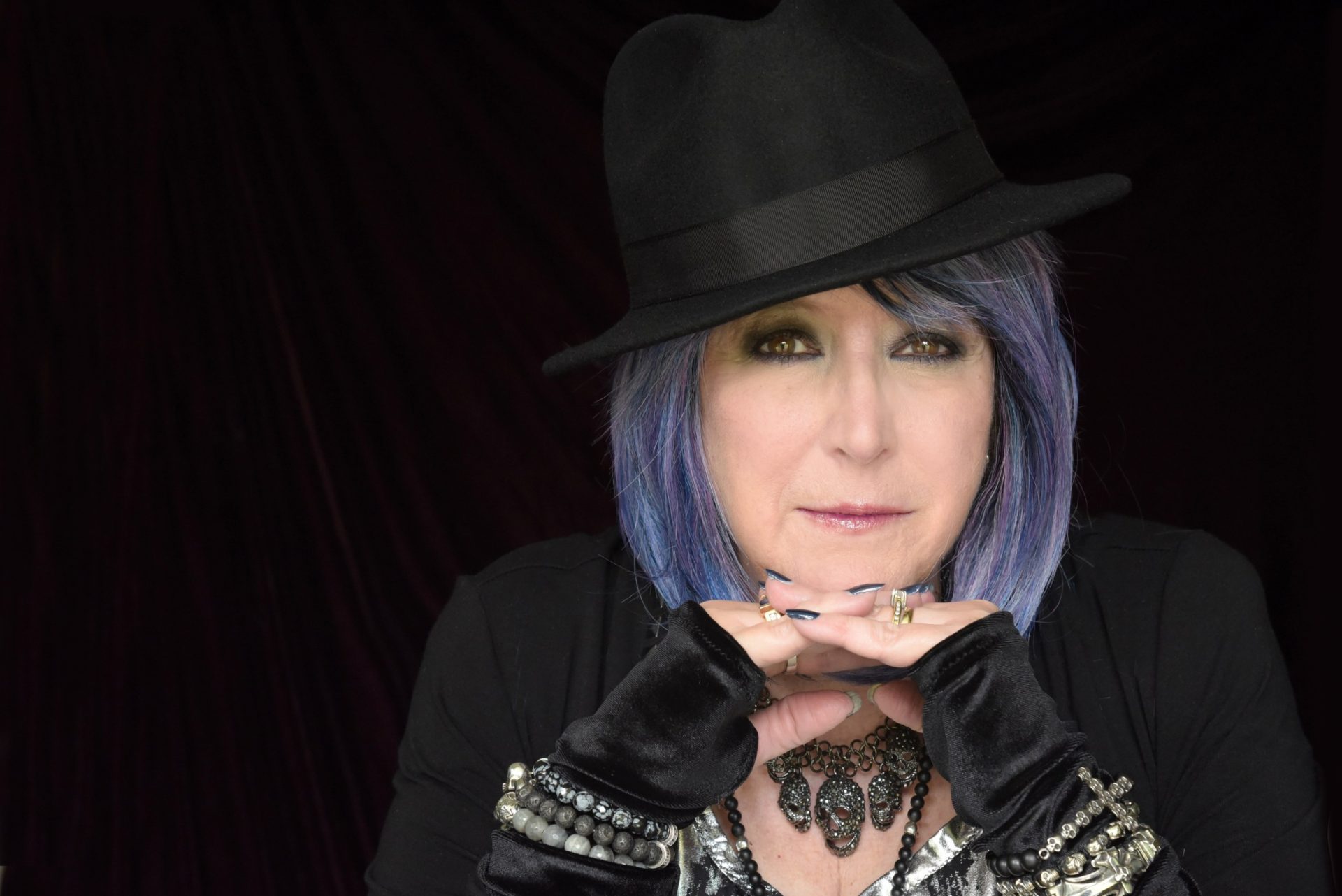 Thanks for sharing your story with us Suzy. So, let’s start at the beginning and we can move on from there.
I was born and grew up in a small town in Mississippi. From as early as I can remember, I loved music and singing. My parents weren’t musical, but they liked to dance so they owned a lot of records that they played at parties. So there was a lot of great music for me to listen to when I was quite young. When I was young, I also played with dolls with a friend and her older brother was usually playing rock music in the next room. It was the darker, heavier music from bands of the 60s. I think that is when my love for heavier music started. I always wanted to be a singer, but there were very few opportunities before I moved to Houston.

Once I got to Houston, I started talking about wanting to audition for bands. But I did not have a lot of support from my family, so I began to doubt myself. I pretty much walked away from music for a long time except as a fan. I pursued a career in public relations and advertising as a writer, graphic designer, and event planner. Also worked briefly in industrial television. Then I was the company manager and production manager for a musical theatre company. Since then, I have been trying to figure out what I want to do when I grow up.

As a music fan, I decided to take advantage of being in Houston and starting going to a lot of rock concerts and getting to know other fans. Since 2009, I have been involved in managing an annual charity music event that is held at the Whisky A-Go Go in Los Angeles. Through this and similar events, I got to know a number of musicians. Some of them suggested that since I had been a writer and a singer that maybe I should explore writing songs. I had never really thought about writing songs but decided to explore doing it.

Even though I had not had much support for pursuing music in the past and not even much in the beginning, I decided to go for it. It was something I had always wanted to do. My dream was never to be a big star or anything, just to be able to share music with others. I knew I’m not getting any younger, so if I was going to do it, I needed to do it now. I had regretted letting other people keep me from doing what I had always dreamed of doing for long enough. It was time to go for it and pursue my dream, so I set out to do just that.

We’re always bombarded by how great it is to pursue your passion, etc – but we’ve spoken with enough people to know that it’s not always easy. Overall, would you say things have been easy for you?
Well, things were far from smooth in the beginning. It took a while to find the right people to work with. Worked with some people who didn’t take me seriously. Went through several different producers and things just kept falling apart or not working. Again, I began to question what I was doing. If the universe was trying to tell me that I wasn’t supposed to be doing this. At that point, I got an email about a Songwriter’s Workshop through the Rock and Roll Fantasy Camp. Part of the program was to have a professional songwriter critique my songs. So I took the rough mixes of what songs I had and went to the Camp. Joe Vitale (Joe Walsh, Eagles, CSN, among others) was the professional counselor for the workshop. He listened to the songs I was able to salvage and told me that I should find a way to get those songs finished and to continue to write and record songs. With his encouragement, I found someone to help me salvage what I could of the songs and then redo the parts we couldn’t. I was able to release that EP which is entitled “The Best Revenge”. Have done a number of additional Rock and Roll Fantasy Camps (RRFC) since that time and am very happy that two of my counselors, Joe Vitale and Matt Starr both play on the songs on my newest EP “Suzy”.

After that, I took a short break and then begin to look for a new musical collaborator/producer. I talked with a few musicians I knew to see who they might recommend. One of those friends, Norman Matthew would not give me any recommendations other than himself. And he was right since we started to work together things are not only a smooth road but also a lot of fun. We work really well together even though he is in Dallas and I’m in Houston. We just completed a new EP and are starting to work on more new songs. I’m also working with another musician friend Paul Gervasi (Cherri Future: Movie) who has directed a music video for each song on the new EP. It’s also going very smoothly and it’s a lot of fun.

As I mentioned before, I was so happy to have my mentors, Joe Vitale and Matt Starr play on the songs on the new release “Suzy”. I had the opportunity to play at the Whisky A Go Go this past July. With the RRFC, I have performed at the Whisky a number of times but had never performed my original songs there. Matt Starr helped me to achieve that by putting together a great group of Los Angeles musicians to be my band for the event. As it often happens, a couple of the musicians were so amazing, they got picked up for some national tours. My friend and video director Paul Gervasi and another RRFC friend Bobby Abarca stepped in and it was a great group of musicians. It was so wonderful to perform my songs and to do it at the world-famous Whisky made it even more wonderful.

We’d love to hear more about your work and what you are currently focused on. What else should we know?
That I guess, depends on who you ask. For the people that know me from my event management, they would probably say that I am very organized. Others might say that I am known for being a good friend. Most will say that I am always honest. I’ve come a long way from being the weird musical, artsy kid, that chick. I think that I should be known as a fighter, someone who pushes boundaries and as someone who is always herself.

That I’m a mentor/supporter to people/other musicians. That I give back to support those that need it. How far I’ve gotten in my life. I have gone farther than I ever thought would be possible and I did it on my own terms. And I have never completely given up on my dreams.